It was a big night for Annelise.  And for Drew too.  Tonight, Drew fed Annelise with a bottle for the first time!

I attached myself to the pump this morning afternoon, and pumped for the first time.  I was so proud because I was able to get about 3 ounces! 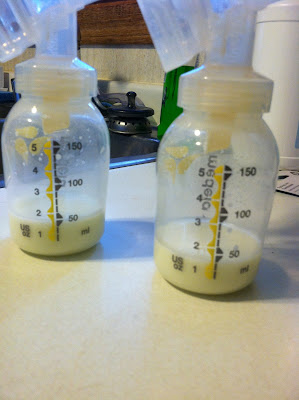 I stuck the milk in the fridge and waited until tonight to make her first bottle.  Annelise was starving while she was waiting for it to warm up, so she wasn't a very happy camper. 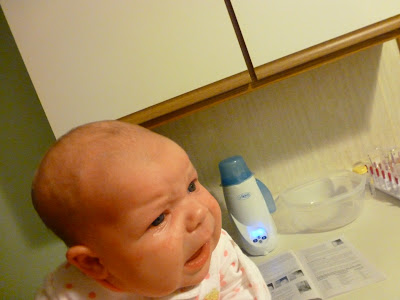 She wasn't very crazy about the whole bottle idea when Drew first sat down with her.  However, once she realized that she could get some milk from sucking on the nipple of the bottle, she decided to go with it. 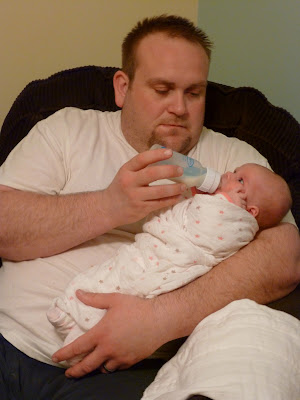 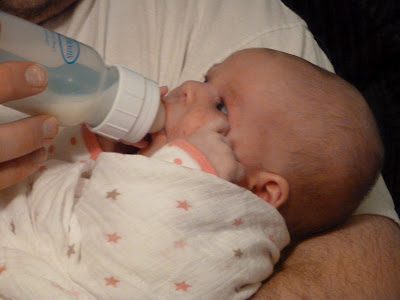 Drew originally made her a bottle with about 2 ounces in it, and she ate that pretty quickly.  He made another bottle with the last ounce and she ate about half of that.  I'm so proud of her!

Hopefully Mama will have a full night's sleep sometime soon!