Who am I?  I think the better question might be, who am I today?  Let's start at the beginning, shall we. 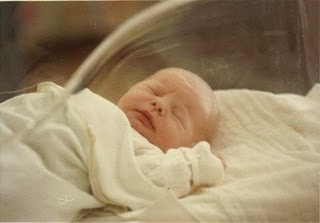 My name is Tania, and I was born on February 6, 1985.  I was born here in Rockford and have lived in the area my whole life. 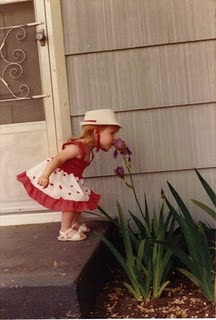 I was an only child for seven years until my sister and brother were born in 1992.  I begged for a sister and got a two-for-one type of deal.  Despite the age difference, my sister is one of my best friends, and I see us growing closer and closer the older we get.

During high school, I was a member of the dance team and National Honor Society.  I even did a little theater.  Graduating high school was one of the better days of my life because it meant that I could be out of that clique-y school and on to better things.

I didn't really know what I wanted to do when I graduated, so I went to the local community college to begin getting my gen ed's out of the way.  I quickly realized that a business degree would probably make the most sense, and began working towards that.

I met my husband, Drew, at the junior college during a night class in January 2005.  He was late to every class!!  You see, he worked nights at the time, so I always joked that I was going to buy him an alarm clock.  I know now that it wouldn't have made any difference :)  Unfortunately, I was dating someone else at the time, so we didn't start dating until September 2006. 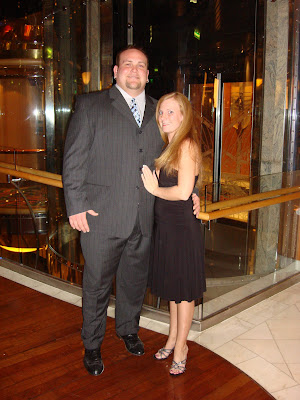 In March 2007, we took a cruise together.  I figured that it was important for us to see if we could tolerate each other in the middle of the ocean for a week.  We passed, we survived, and we knew that marriage was in the cards for us.  We got an apartment together in July 2007. 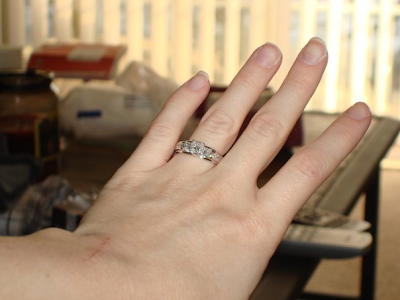 Drew proposed Christmas Day 2007!  He had told me that he wouldn't be proposing over the holidays, so it came as a complete surprise. 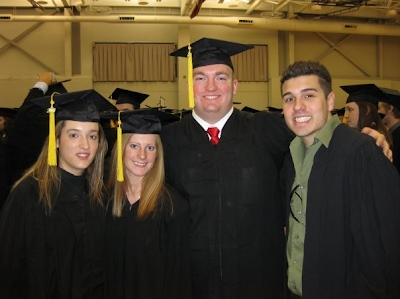 I graduated from Northern Illinois University in May 2008.  The four of us in the picture were together for pretty much all two years.  We are received our Bachelor's degree in Human Resource Management.  My degree is just a piece of paper hanging on the wall.  It's so sad to think about the amount of time, not to mention student loans, and I don't even use it.  Such is life sometimes, unfortunately.

Once I had graduated, wedding plans went full speed ahead.  We were married exactly 10 months after Drew proposed, on October 25, 2008. 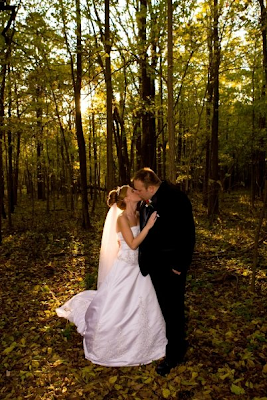 My wedding was seriously one of the best days of my life.  I loved that Drew and I became husband and wife for the rest of our lives.  It is such a shame that that day goes so quickly because it is such a special one! 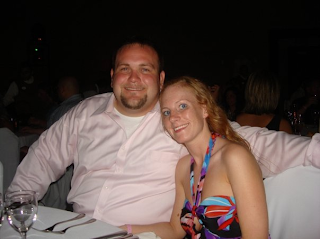 We went to Riviera Maya for our honeymoon.  At that point, a vacation was well needed and well deserved and it was so nice to spend a week away with my new husband.

We bought our first home in February 2009.  It has needed a lot of cosmetic work, so we've done many, many remodeling projects.  And there will also be many more to come. 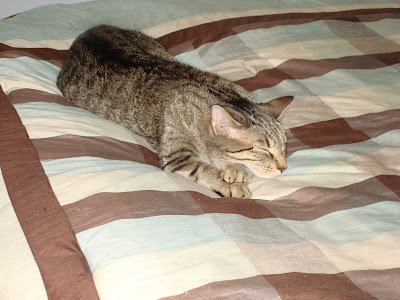 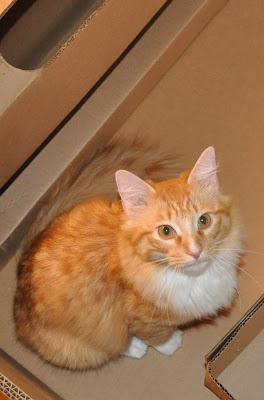 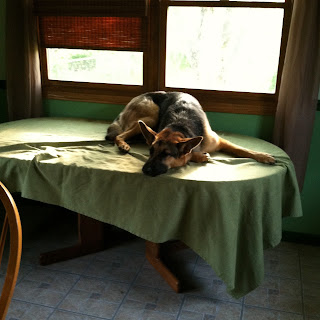 We have three fur babies, Simon, Leo and Maya.  Simon is shy, but is a lover and a definite mama's boy.  Leo has been nicknamed Luuuuucifer.  He is a handful and is always causing some sort of mischief.  Maya is more of a nuisance than anything else.  I am so NOT a dog person and agreed to get a dog only because Drew really, really wanted one.  Worst decision ever!  Maya does have her good, sweet moments, and would probably be a really good dog, she just needs more training.

I have been diagnosed with endometriosis and Drew and I began trying to have a baby in January 2010.  I decided to share with others our struggles with infertility in the hopes that it will help someone else.  After three unsuccessful IUIs, we moved on to IVF.  Our first transfer brought us a positive pregnancy test.  We were both so overjoyed!  However, that joy was short-lived and we lost our first baby.  We decided to quickly move on, and did a frozen embryo transfer.  We were soon elated to find out that we were expecting again.  Thankfully, that pregnancy was our take home baby, and our daughter, Annelise Jean was born on April 2, 2012.

I have also decided to pursue a photography business.  I have loved photography for a long time, and we are in the position for me to start my own business right now.  I'm really excited to see where this career move takes me!

Some other tidbits about me?  I'm extremely organized, a saver, and a homebody.  I absolutely love to travel and wish that we could more.  I also love to dance.  I have been screwed over a lot in the past, so it's very difficult for me to open up to people.  But once I do, you have me completely.

Thank you for stopping by and getting to know me!