All Life's A Gamble

Last night, Drew and I made the 2 hour drive to go to Jumer's Casino & Hotel in Rock Island. Our friend Josh's birthday was last weekend, and he decided that he wanted to go to the casino. He planned the trip for Drew's days off, so we went along too.

Now, I've stayed in a lot of hotel rooms in my day. We've traveled a bunch; get your mind out of the gutter! This was one cool hotel room. After dinner, we came back upstairs and they had done a turn down service for us. I love turn down service! 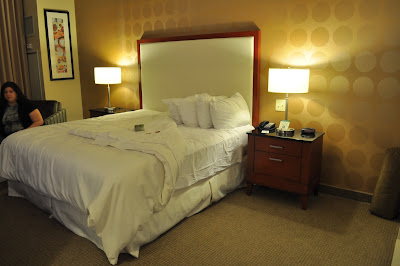 Isn't that wall fun? It was very subtle in person, I'm actually quite surprised that it's as pronounced as it is in the picture. Here's opposite the bed. 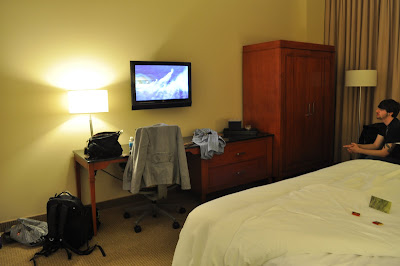 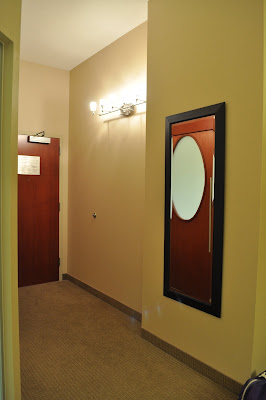 This is the door to the bathroom. It slides to the right to open. 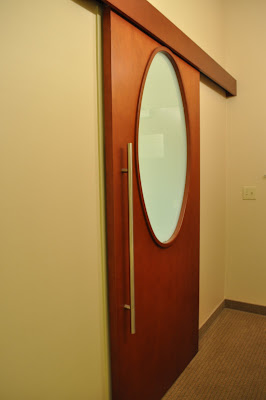 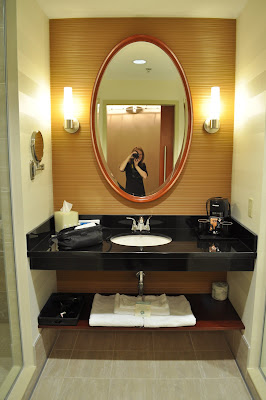 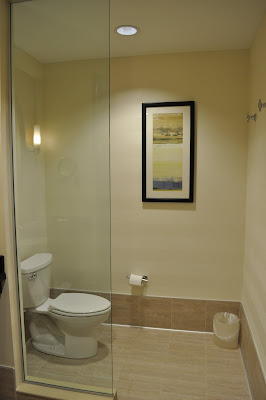 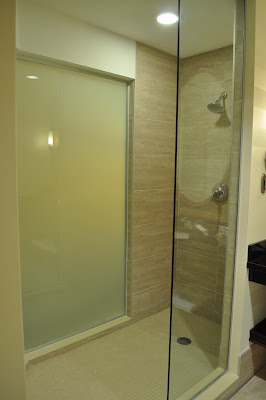 Now, I'm not usually a fan of an open shower like that. I love having the curtain closed and having all the steam and warmth in there with me. So, I was a little hesitant about it and figured that I would just hate it. Quite the opposite actually. I loved it!!! The entire room got very steamy and warm, especially since I kept that big door closed.
All in all, I loved the room, but only if I was going to be sharing with somebody like Drew. Anybody else, and I probably would have felt a little uncomfortable with the lack of privacy.
How did we do gambling, you ask? Well, I had a hot streak last night. I've only played Blackjack, our game of choice at a casino, a few times. I know the rules, and I know the general logic behind it. We usually sit down at a low minimum bet table, such as $5. I usually only bet $5, maybe $10 if I'm feeling frisky, but that's it. Um, let's just say that I was doing so well that I think that at one point I was betting $35 and $40 a hand. We didn't walk away big winners, but we aren't big losers either, so that equals a great time in my book.